There’s a best seller out about Elizabeth Holmes and Theranos. If this doesn’t ring a bell – Holmes was the twenty-something Steve Jobs dress-alike, Silicon Valley tech head who formed a company, Theranos, to use cutting edge technology to do full blood tests with only a drop of blood. Less invasive, faster, it would revolutionize the multi-billion dollar lab services industry. 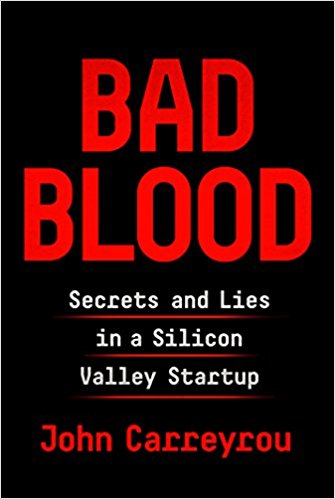 Holmes raised a ton of money, became the youngest billionaire in Silicon Valley’s history. The sky was the limit. For her and Theranos.

Or, would have been had any of it been real. But, it wasn’t. It was almost entirely fake. Smoke, mirrors, a great PR firm, a fawning financial press, photogenic/charismatic CEO, great idea perfectly marketed, an all-star Board of Directors, and great market timing made it seem real for far too long until a Wall Street Journal reporter, John Carryrou began to sniff around. And, boy, did it reek.

The technology was never there, never close. Tests were either conducted using standard industry machines, or faked, the few done by Theranos’ machines were so inaccurate as to be worthless.

Tech guys, sales people, execs, a few other employees had questions for years as they watched the company promise investors and customers things they could not provide. Bringing a concern over that to Holmes or her COO or any number of executives usually led to immediate termination and a perp walk by security out of the building.

Over the years, dozens of employees – from janitors to tech wizards to engineers and salespeople – quit or were fired over their concerns about Theranos’ business practices and representations. All these ex-employees knew the truth of what was really going on with Theranos. Yet, not one word of the growing fraud leaked.

The reason was simple: Theranos tossed a long, nasty, complete non-disclosure agreement at every new employee. No signature, no job. Terminated employees were hounded, sometimes for years, by letters – if not visits – from lawyers ‘just to remind them of their duty to the company.’

Holmes spent a fortune on a top-flight law firm renown for acting more like the Sopranos than Ally McBeal. She hired one of their partners as her General Counsel. Between the general counsel and the law firm the non-disclosures were enforced with all the subtlety of KGB Gulag trials,

It was brutal, they sued and threatened with impunity.

No one got a warning letter, they got a ‘do this or die’ manifesto of legal and extralegal threats . . . those who didn’t get surprise, drop-in visits from a Theranos lawyer or ‘investigator.’

In all the recitation of lawyer bullying in Bad Blood  - and there’s a dizzying amount – the one constant is this: everyone caved, usually upon first contact with the lawyers.

The pattern was clear: sign non-disclosure, get hired, grow concerned over fraud/lying/scam, voice concerns, be fired and escorted out of building, letter or visit or both about not violating the non-disclosure/ never speak of it again until reporter from Wall Street Journal comes along and federal indictments are on the way down.

In all this depressingly consistent narrative, a few employees consulted their own lawyers. Every discussion but one in the book went pretty much like this:

“Must be thorough, I wouldn’t mess with it.”

The exception went to an attorney, gave him all her documents, filled him in on the extent of the fraud and the harassment activities of Theranos and was told, “That’s awful, but the law firm that did this is an awful big hitter, best not to mess with them.”

So, here’s the thing with all this, and the reason we – a family law firm and an estate planning firm – are writing about this: no one in this fascinating though appalling book consulted with an attorney who exclusively practiced in employment law.

Every ex-employee went to their parent’s lawyer, the guy that did their closing, the woman who did their mother’s will, the firm that grandma used when she slipped and fell in Stop & Shop, and, worse, the brother-in-law who just graduated law school.

In short, attorneys who would take one look at a dauntingly long, small-print, ‘airtight’, agreement drafted by a leading law firm and immediately discount everything else, the fraud, the business practices, the harassments, and fold.

About the fraud, by the way: Holmes raised $700 million from thousands of investors based on lies; made promises she had no hope of keeping to 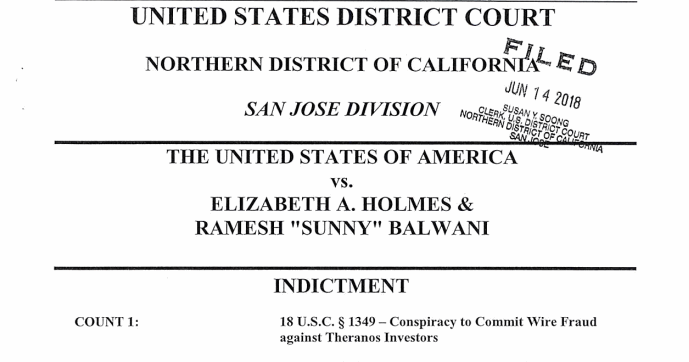 Walgreens and a dozen other companies; botched thousands of blood tests with ongoing repercussions for patients that still haven’t been resolved; and more.

The odds are pretty high that had anyone gone to an employment law attorney with their stories, that lawyer would have leaned backed, sighed, and filled them in on the California whistleblower statutes, and a whole lot more.

No one in the 352 pages of Bad Blood consulted the kind of attorney who would actually know the law by virtue of concentrating their practice in it over years. The only people in the book who talked to the right lawyers were Elizabeth Holmes and John Carryrou – who had access to the Wall Street Journal’s attorneys.

Bad Blood is the perfect illustration of why it is so – so – important to engage attorneys who concentrate in the area of the law that you happen to need help with.