This month, Attorney Kellie Corbett shares the charm of her hometown of Charleston, South Carolina in a new installment of our Hometown Series.

I’ve been living in North Carolina since 2013, but I still call Charleston, SC home. Charleston is a gorgeous coastal town that has been named our nation’s No. 1 city for the past 5 years. Charleston is one of those rare places that truly has it all: national landmarks, fantastic restaurants, a vibrant cultural scene, and, of course, the friendliest faces.

Historically, Charleston may be best known for hosting the opening shots of the Civil War at Fort Sumter on April 12, 1861. Fort Sumter eventually surrendered 34 hours later but it still stands today. Located in the sparkling Charleston Harbor, the military landmark is only accessible by boat. Once there, you’ll take a guided tour of the grounds: a rite of passage for both elementary school Charlestonians and tourists alike.

Once you’re back on the peninsula, head down to Rainbow Row for a stroll. If you’ve ever seen a picture of downtown Charleston, it may very well have been Rainbow Row, the longest cluster of Georgian row houses in the United States. These 13 historic homes, each with their own story, were restored and painted in bright pastels during the 1930s and 1940s. You can’t miss them as you walk along East Bay Street.

After you’ve wandered the Battery, head to the heart of downtown to some of the nation’s best restaurants. You’re in for a real treat if you are visiting in early January or mid-September during Charleston Restaurant Week. Charleston boasts a full spectrum of cuisine, but you’ll never go wrong with focusing on the traditional Southern food that is perfected here. For a true classic, try McCrady’s, the oldest restaurant in the city where Charleston’s leaders met during the Revolutionary War.

Art and cultural events are only ever a block of cobblestoned sidewalk away. The crown jewel of these events, though, is Piccolo Spoleto, a celebration of Southeastern artists with an impressive 700 events in 17 days. Plan your next trip to Charleston between May 25 and June 10 and you’ll enjoy the best exhibitions and performances the city has to offer. In just one night, you’d be able to attend an Italian marionette show, an acrobatic performance, and a late-night jazz party at the Cistern Yard.

I’m incredibly lucky to call Charleston my hometown. Don’t miss your opportunity to enjoy the city as well! 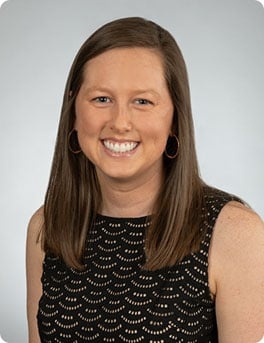 by Kellie Corbett
Comments are closed.
Sign Up for Our Newsletter