The Sopranos is celebrating its 20th Anniversary - which got us thinking about where the show would have been without Livia's house. That's right, Tony's mother's house where so, so much happened, so many plot lines began and ended. Along with a few of Tony's associates.

What triggered our thoughts about the house? Well, of course, elder planning. 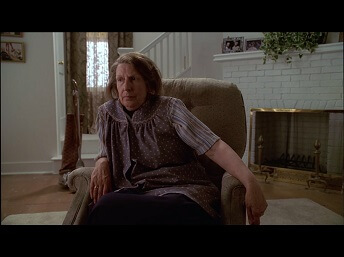 It’s so easy in fiction – a character needs assisted living, other characters are predictably upset, some drama follows, ten minutes later the character is in an assisted living home. From The Simpson’s to Happy Gilmore to Trainwreck and everything in between, it’s always the same. And equally, incredibly, unrealistic.

Because the truth is not only boring, it's a little scary. Missing in fiction is the planning, finances, laws, taxes, ongoing expenses, so much more. No exactly dramatic fodder, but it has to be done. In real life.

So, about Livia. It's been awhile so you might not remember that The Sopranos starts with Livia needing to be placed in a ‘retirement community’ (say that out loud in your best New Jersey voice).

Here's how it worked in the fictional New Jersey of the Sopranos: Livia had a car accident, is increasingly forgetful, almost burns her house down. Tony sees he can’t leave her alone. Within minutes she’s in a beautiful assisted living facility. Tony hands a wad of cash over, signs her up. That's it. The only bump along the road is that Livia's unhappy - there’s a quick scene of Tony signing while Livia sits staring, unspeaking, at the administer. That's it, she's in.

Once Livia is out of the house, it becomes a key – a vital one – setting for numerous plot pieces. Ownership of it is a point of contention for Tony and his siblings, Tony lives there when he’s separated from Carmella; there are thefts, murders, conflicts, plots … innumerable scenes take place there. The house is really another character.

Thing is, in the real world the odds are overwhelming that Livia’s house would have been taken to fund her stay in the facility. The very, very, nice facility.

Sure, she gave the house, sort of, to Tony, but that’s a gift. And, gifts given within five years of going into assisted living are subject to being rescinded by state law if the resident has to use Medicaid to help pay for the care. Plus, there are gift taxes. Plus a lot of other issues.

Given the Soprano’s family very understandable reluctance to reveal financial details to strangers, and their – noted throughout the series – penchant for using government programs for maximum benefit to themselves, it’s a sure bet that Livia was relying on Medicaid. If not from the start, then surely after Tony cut her off right after . . . well you either remember or you can watch it. No spoilers here.

It’s hard to think of The Soprano’s without Livia’s house, but, in the real world, that’s precisely what would have happened. Unless, of course, sometime before the first episode Tony and Livia sat down with an Elder Law Attorney.