Flipping around the cable box the other night and came across Cocoon. It was one of the biggest films of 1985 and pretty much cemented Ron Howard as a director. If you didn't see it in the theaters, you couldn't have missed it one of the million or so times it’s been on cable.

It was fun – aliens, chases, spaceships, and ‘old folks’ finding a Fountain of Youth and most certainly not acting their ages. That was the hook, really, a bunch of seniors in a retirement community, sedate, sedentary, bored, counting the days, ignored by family. And suddenly they're dancing, happy, and, well, living – and freaking everyone else out. Because, you know, they're not acting their ages.

A lot of great, ‘older’, actors were in Cocoon – the husband and wife team of Jessica Tandy and Hume Cronyn, Don Ameche (a leading man of the ‘30’s and ‘40’s who enjoyed a bit of a renaissance in the ‘80’s), and Jack Gilford. 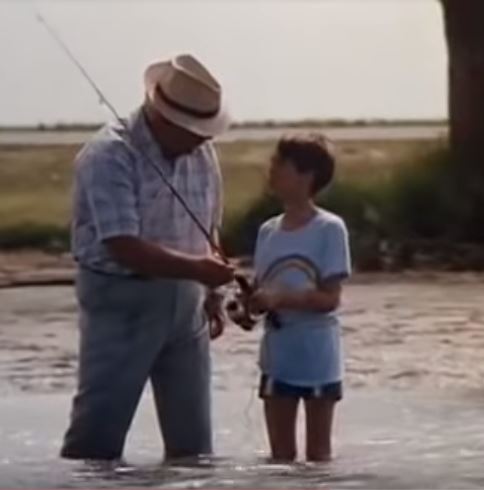 Another lead, playing a very grumpy ‘old folk’, was the ubiquitous Wilford Brimley. Brimley was actually a pretty hot actor in the mid-Eighties. He was the crotchety evil ‘fixer’ in The Firm, the crotchety but lovable manger in The Natural – he was, in fact well on his way making a solid career of crotchety but (your adjective goes here), wise, codgers.

He was good at it. Really good. A master  . . .because when Wilford Brimley made Cocoon he was 50 years old.

Some of you may also remember that Wilford, who is very much alive and still working as a voice artist, went on to star in commercial after commercial about the perils of being old. He became, in fact, the poster senior for seemingly every ailment that could possibly afflict anyone over the age of sixty or so.

YouTube is full of videos of Wilford going on and on in that gruff voice that invites trust about ailments of every description. There’s even a cottage industry in creating mashups and music videos around them.

The cottage industry poking fun at Wilford is, I have to believe, a good thing. No one should take Wilford’s almost forty years of ‘old codger’ seriously. Especially at a time when - hopefully you saw our Facebook post earlier this week - 103 year olds are running in track meets.

None of this plays well today - the Wilford commercials or Cocoon.

Seniors in 2019 are more like the seniors in Cocoon after they discovered the 'fountain of youth.' Seniors live longer, do more, act younger without the use of a magic swimming pool.

All of it, though, requires planning. Careful well thought out planning. We should probably reach out to the now 84 year old Wilford and see if he's available for some voice-overs on our web page, just to reinforce that..