A Cautionary Tale About Planning

Did you catch the latest Marvel blockbuster movie, Homer the Happy Ghost, this weekend? How about February’s record setting Powerhouse Pepper?

Of course not. You may have seen the record setting Black Panther and the new record setting Avengers Infinity War if you didn’t mind standing in the incredibly long lines. 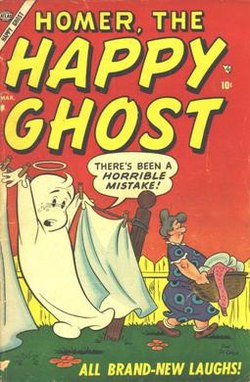 Stan Lee was the driving creative force behind everything Marvel. Before he went on a creative bender lasting from about 1961 through the early ‘00s, Marvel was all about Homer the Happy Ghost and Powerhouse Pepper and a dozen other comics you have – rightfully – never heard of.

Stan Lee did two things that had never really been done before in the comic book universe (that goes back to the 1890s), he created super heroes with flaws and his comics were aimed at adults. He started with the Fantastic Four, added Spiderman, and never looked back.

Until the first Fantastic Four comic in November, 1961, it just wasn’t done and Lee slaved away producing what he considered junk for years, following the norms of the industry.

It was his wife, Joan, who pushed him to follow his instincts, break the mold and go ahead with the ideas he had been sketching out on the side for years.

Through it all, Stan Lee became a genuine American icon. He makes cameos in every Marvel movie, is the most sought-after person at every comic book convention.  You don’t need to look for his cameo in Avengers, the appreciative ‘yeah!’ from the audience will tip you off.

Lee has been paid millions by Marvel, made millions more appearing at conventions, in his Marvel movie cameos he speaks an average of nine words thereby insuring an actor’s residual annuity that will probably outlast the solar system (on any given day, between HBO and Showtime, a Marvel movie has played at least a half a dozen times), he’s neighbors with Leonardo DiCaprio.

Stunning, well-earned success, Lee’s net worth is estimated at $70 million . . . and it is all at risk.

Lee is 95, he was married to Joan for 70 years, she died last year. Lee was the creative side of their partnership, Joan was the business side. Both Stan and Joan realized decades ago that Stan had no head for business whatever. As a matter of fact, he was always particularly susceptible to conmen and spectacularly ridiculous business propositions.

He lost millions over the years, he would have lost tens of millions without Joan’s firm hand backed up by the solid advisors she vetted. 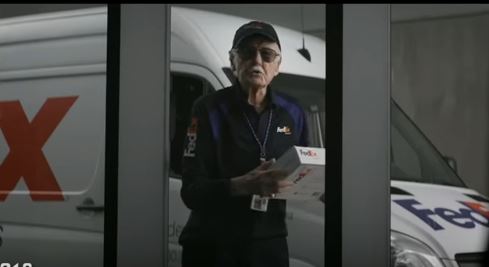 They had one child, a daughter, 67 now, with issues, emotional and financial. They set up a trust for her many years ago, she was singularly unhappy with it, but was held in check, it seems, by Joan and her cadre of trusted advisors.

Like many (most?) elders, Stan and Joan were sure that Stan would die first and Joan would handle the business until … well, there’s the second problem. Stan and Joan had no planning in place if Joan died first, no planning for the surviving spouse should they begin to decline – physically or mentally.

With nothing in place, Joan’s death has plunged Stan’s life into absolute chaos. The details are sordid but not as important as the fact that within weeks of Joan’s death Stan’s banker of 26 years and various other advisors, all trusted by Joan, were replaced, and the vultures descended.

Here’s what strikes us: Stan Lee is famous, is wealthy, and is in exactly the same place as everyone who hasn’t done proper planning – for any stage of life, never mind one’s elder years.

When you really look at it, there are no surprises in Stan Lee’s situation. His friends and advisors knew he was not good with business or finances, the Lee’s daughter was always an issue, there was nothing in place to begin to fill the business role Joan provided for seventy years.

The Lee’s were in their nineties, they had decades to plan for eventualities beyond assuming Stan would die first and Joan would continue to manage the finances.

Needless to say, there's no reason for anyone to get to this point, we can always help, it just takes a phone call.

What Our Clients Have to Say...