This article is Episode 2 of our series Probate Court: The True Story of Lawrence Moretti, Rita Casoni, and the Close-Knit Neighborhood That Is Boston's North End. To get caught up, you should read Episode 1 here if you haven't already.

When we left off a couple of days ago, Lawrence, in his late seventies, had begun to suffer serious health problems . . . His neighbor Rita had stepped in to help.

Recognizing it was getting to be too much to handle on her own, she hires someone she had counseled at the health center she worked at, Romano Pagliarani, to move in with Lawrence and see to his everyday needs. 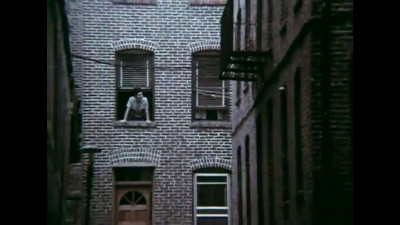 She thought it would be good for both men. Romano moved into a spare bedroom, bought groceries, cleaned the house and very quickly, very systematically began to see to it that no one else got in to see Lawrence.

Romano's reasons started with, "He’s not feeling well”; “Sorry, he’s sleeping”; “Headed out out his doctor’s office”; excuses that slowly became more direct, “He doesn’t want company today”; to finally, “He doesn’t want to see you … I don’t know why, but he doesn’t.”

Lawrence’s friends were cut off from visits and phone calls. Completely. At one point, Romano called the police to come and remove two friends who dropped in and insisted on seeing Lawrence. Upset and wondering what was going on, they left before the police arrived, but told the others. . .

About that Power of Attorney

Romano began to look for lawyers to change Lawrence’s power of attorney. At least one turned him down. When he finally found one who would meet with him and Lawrence, he introduced himself as Lawrence’s interpreter and conducted the interview in Italian – despite the fact that Lawrence was born in the United States and Italian was his second language.

Over a period of weeks, Pagliarani edited the documents the lawyer sent over for Lawrence’s approval. He sent them back with his notes all over the margins. When all was said and done, Romano had "helped" Lawrence execute a new power of attorney, naming, of course, Pagliarani in lieu of Rita. Pagliarani immediately fired Sister Mary and took over all of Lawrence’s finances.

First order of business, giving himself a raise.

When Lawrence died in late 1993, it was discovered that he had executed a new will as well. Everything was left to Pagliarani.

Which is where it gets really interesting.

Tune in for Episode 3 on Friday.

Planning mishaps and mistakes aren't always so obvious—and they're usually not intentional. To learn about common estate planning issues you might not even suspect, check out our free guide, Estate Planning Pitfalls: The 12 Most Common Threats to Your Estate & Your Family's Future. Or, to discuss your estate planning concerns, please call us at 919-443-3035 or use our contact form.