Second Marriages: How Much of Your Estate Is Your Spouse Entitled To? 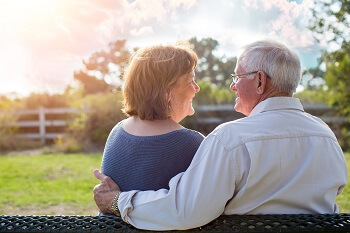 Generally, a surviving spouse is entitled to claim the first $60,000 of a probate estate (formerly $30,000). The right to claim the Spousal Allowance may be waived through a valid prenuptial or postnuptial agreement.

What Is Countable for Calculating the Elective Share Amount?

In looking at the deceased spouse’s estate and calculating the surviving spouse’s elective share amount, the elective share applies to the decedent’s “Total Net Assets”. Total Net Assets consists of “Total Assets” less any allowances for dependents such as minor children or claims against the estate (such as debts of the decedent). Total Assets is very broadly defined to include pretty much everything. Here are the most common assets that are included:

Property Passing to the Surviving Spouse includes pretty much anything that the surviving spouse receives including property passing to the surviving spouse outright or in trust including assets received from the estate, any spousal allowance received, plus assets received from any trust, by a beneficiary designation such as life insurance or retirement plan proceeds.

Use a Trust to Protect Assets—Especially in a Second Marriage

A common scenario where we encounter clients wanting to disinherit their surviving spouse is in second marriages and blended families. Often in a second marriage, the couple agreed to keep their assets separate. However, if the couple does not have a valid prenuptial agreement or postnuptial agreement, then the surviving spouse could potentially claim the Elective Share amount.

We’ve helped thousands of Wake County-area residents design and create an estate plan. We understand the unique concerns faced by our married clients in second marriages or blended family scenarios and can help you design a plan that fits the unique needs of your family. Call us at 919-443-3035 to discuss how to get started.

See what our clients say about us...