This really happened. It's kind of amazing what you involuntarily overhear at airports and how open so many people are in public as long as they're on their phone. Sometimes I miss the good old days when you had to go to a - gasp! - phone booth to make a call in an airport. Then again, every once in a while it's important to get a solid dose of the real world.

This then, is as real world as it gets: 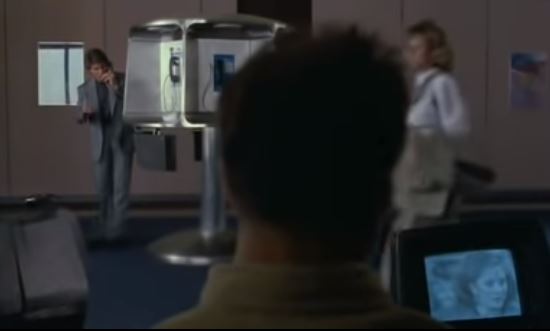 He was in his late 40s, had a beard, was obviously as tired and achy as the rest of us fresh off a 5:30 am flight and destined for an unexpected two-hour layover in Detroit. Most of our fellow travelers headed out to the restaurants nearby, a couple of us plugged in and hunkered down to do some work.

Bearded guy made a series of phone calls - hard to miss, he punched in the numbers like he had a personal grudge against Apple - to no effect. Again, hard to miss because he swore after every non-connection.

He finally got someone, began pacing along the line of windows overlooking the tarmac. As some people get when they’re overtired, he spoke loudly. He was, in fact, impossible not to hear. Here’s the gist:

He filled in whoever was on the other side of the line: his father had fallen and broken something several weeks back. He was healing fine, he was out of danger, but he was clearly going to have serious problems moving around. So,

"He simply can’t do the hospital’s rehab program, he’s just not capable. No, he’s sharp as a tack, but it’ll take him forever to rehab this and the hospital wants him out today!"

“No, he can’t go home, it’s just not set up for someone as non-ambulatory as him … even if I could line up help – and it’d have to be twenty-four/seven – we take him home we just have to turn around and take him out of the house in a couple of days. Then there's the nurse  . . ."

“When will I be back? Well, I have to find a facility for him to go to that can do his rehab, then figure out where he’ll live after. I’m pretty sure I’ll have to sell the house for him . . . well, one thing at a time, I guess.”

"Insurance? No idea . . . nope, don't think so, suppose I'll have to get him to sign some stuff so I can handle things for him...hadn't thought of that."

He wrapped the call up shortly after, probably went off in search of coffee for the long, long day and week ahead of him.

It’s a pretty decent bet that this type of conversation is played out in airports, train and bus stations, hospital and living rooms a dozen times a day every day across the country as our population ages.

With a modicum of planning, there’s really no need it should.