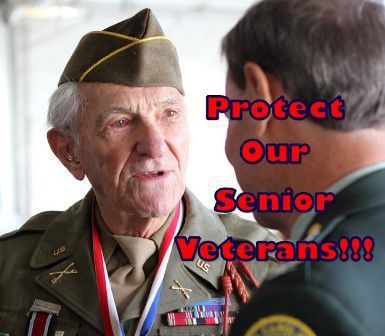 Note: The Department of Veterans Affairs (VA) has implemented its new policy for VA Pension benefits, effective October 18, 2018. More information is available in our announcement linked here. The below article is maintained for historical purposes only.

How the Law Currently Reads

There is a disability requirement for the VA Pension benefit, which is satisfied if the Veteran is sixty-five (65) years of age or older, or permanently and totally disabled.  If the Veteran or surviving spouse has additional medical needs then additional allowances may be awarded, like an aid and attendance allowance.

The proposed changes include a bright-line limit on “net worth” that an applicant is allowed to have when qualifying for VA Pension.  The limit is the same as the maximum community spouse resource allowance (CSRA) for Medicaid purposes (currently $119,220).  This amount would increase annually at the same rate as the cost-of-living increase for Social Security benefits.  Income is also counted toward the net worth limit under the proposed rules.

The proposed regulations define assets as, “fair market value of all property that an individual owns, including all real and personal property, unless excluded under paragraph (b) of this section, less the amount of mortgages or other encumbrances specific to the mortgaged or encumbered property.  VA will consider the terms of the recorded deed or other evidence of title to be proof of ownership of a particular asset.”

A primary residence, whether or not the claimant resides there, is an excluded asset for calculating “net worth” and will continue to be so under the proposed regulations.  However, the proposed rules cap the “reasonable lot area” that the home sits on at 2 acres, a limit that does not exist under current law.

Transfer of Assets and Penalty Periods

The proposed regulations include the addition of penalty periods for assets that an individual transfers prior to applying for VA Pension.  Any “covered assets” (one that is used in calculating “net worth”) that are transferred will be subject to a penalty period. The penalty provisions are not limited to actual gifts, but also apply to the purchase of an annuity or a transfer to a trust (revocable or irrevocable).

The actual penalty period (the time period that the claimant will remain ineligible for the Pension benefit due to the transfer) may not be longer than ten (10) years.  The penalty period will be calculated by using the amount of the transfer over and above the “net worth” limit and dividing it by the maximum annual Pension rate.  This penalty period begins to run the month after the last transfer was made.

To illustrate:  A married Veteran applies for VA Pension with an aid and attendance allowance.  The monthly benefit she is trying to qualify for is $2,120.  During the past 3 years, the Veteran contributed $10,000 to The Wounded Warriors Project, a nonprofit organization.  She also gave her only child $1,000 on each birthday the past 3 years.

As a result of the charitable contribution and the cash gifts to her child ($13,000 total in 3 years), this Veteran will be penalized for 6.13 months when she applies for VA Pension.  If this same Veteran was not married, the penalty would be 11.3 months.

The lookback period for all transfers, is thirty-six (36) months immediately preceding the date of application for the VA Pension benefit?  There is a presumption that any transfer made during this thirty-six (36) month period of time was made for the purpose of qualifying for the VA Pension benefit.  As an exception to this presumption, the claimant must prove by clear and convincing evidence that the transfer was the result of fraud, misrepresentation or other bad act in the marketing or sale of a financial product.  Otherwise, the presumption is non-rebuttable.

In the example above, the Veteran, whose transfers had nothing to do with VA Pension eligibility, would not be able to rebut this presumption and would have to take the penalty imposed.

Medical expenses are those that are either medically necessary or improve a disabled individual’s functioning.  These medical expenses are deducted from income.  This becomes more complicated when the claimant is receiving home care or is in an independent or assisted living facility, as the proposed rules seek to limit the circumstances under which room and board expenses may be counted, as well as the amount paid.  There are very specific rules as to which services qualify as medical expenses and the claimant will have to be able to identify those in his/her application.

The proposed rules also limit the hourly amount that can be paid to a home health care provider.  The amount is based on a national average, rather than local costs for care.

Negative Effects of the Proposed Regulations

Below are just a few of the potential negative effects of the proposed regulations if they pass as currently written.  We would be happy to speak to you further about additional harmful effects of the rules as written.

2. Applicants in rural areas will be treated unfairly by the 2-acre limit on the reasonable lot area.  Currently, an applicant’s home and reasonable lot area that is immediately adjacent to the home is not counted for net worth purposes.

3. Transfers made prior to an application for VA Pension will be penalized regardless of the reason for the transfer.  Therefore, a cash birthday gift to a child, a contribution to a charity, or a donation to a place of worship will all be penalized if the Veteran or surviving spouse later applies for VA Pension.

4. Basic estate planning, like establishing and funding a revocable living trust, will be subject to a penalty if that same individual applies for VA Pension within 3 years.

For a more detailed analysis of the potential negative effects of the proposed regulations, the National Academy of Elder Law Attorneys (“NAELA”) has submitted a 27-page commentary on the rule proposal.

Status of the Proposed Rule Changes and a Call to Action

The regulations proposed by the VA are currently up for public comment until March 24, 2015.  Until that deadline, the public is free to comment and the VA is required to respond to those comments before passing the regulations.

If you would like to comment on the proposed rules, please include this information in your response:  Subject: RIN 2900-AO73, Net Worth, Asset Transfers, and Income Exclusions for Needs-Based Benefits.  You can read the full text of the bill, a summary of the bill and you can post your comments online (see the blue “Comment Now” text in the top right corner) using this link:  http://www.regulations.gov/#!documentDetail;D=VA-2015-VBA-0003-0001

You may also consider reaching out to your local representatives in Congress to let them know about some of the negative effects of the proposed changes.

Here is a sample email template for your use:

I am a citizen in your district who is concerned about a proposed rule that the VA released on January 23, 2015 that would severely restrict Veterans Aid & Attendance benefits.

Those benefits are intended to help Veterans who need support paying for the high-costs of long-term care due to a medical condition.

My concerns include, but are not limited to the following:

o   The VA does not have the legal authority to establish a look-back period or transfer penalty, and the look-back period will result in substantial delays for Veterans who are eligible for these benefits;

o   The exceptions to the proposed penalty period are too narrow;

o   Lack of ability to transfer funds to a disabled child;

o   The proposed net worth limits are harsher than Medicaid’s limits and do not incorporate appropriate protections to prevent the impoverishment of the healthy spouse;

For a more comprehensive legal analysis of the issues and concerns of the proposed regulations, I would direct you to the in-depth commentary submitted by the National Academy of Elder Law Attorneys, available at:

If you would like more information or would like to discuss the impact of these changes on wartime Veterans and surviving spouses in more detail, please feel free to contact our office.

[1] The proposed change would amend 38 CFR Part 3, which covers net worth, asset transfers and income exclusions for needs-based benefits.