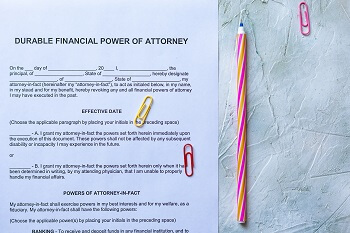 On January 1, 2018, the North Carolina Uniform Power of Attorney Act became law. The law seeks to bring clarity to several issues relating to powers of attorney. More specifically, the new law impacts Durable Powers of Attorney which provides financial and legal authority but does not impact Health Care Powers of Attorney.

Due to the clarity provided by the new laws, we believe it is likely that banks and other financial institutions will begin showing a preference for the power of attorney documents executed under the new law.

As a result of the new law, we recommend residents of North Carolina update their existing Durable Power of Attorney document. As before, you need to make sure you have a powerful power of attorney.

What Is a Power of Attorney?

Key Changes Under the NC Uniform Power of Attorney Act

The new law completely replaces the prior power of attorney laws, thus there are many changes. The following is a summary of some of the most key changes:

Issues Regarding the Statutory Short Form Power of Attorney

What Has Not Changed

The New Law Is a Good Thing, But We Recommend You Update Your Power of Attorney

In light of the additional clarity provided by the new laws, the revised recording requirements, and the additional assurances offered to banks and financial institutions, which all should result in less hassle and delays for agents acting under a power of attorney, we believe it would be prudent for North Carolina residents to execute new Durable Power of Attorney documents under the new laws.

Getting your Power of Attorney documents in sync with the new laws is part of the solution. But you also need to make sure you have a powerful power of attorney. There is a danger in not knowing what you don't know! Learn more by signing up for one of our free public seminars or give us a call at 919-443-3035 to discuss your questions and schedule a consultation with our firm.