Sad words, "What Would Prince Want?"

This was the headline on the Washington Post’s Style section one day last month:

Prince died two years ago in April, if you don’t remember he died without a will any of the hundreds of headlines since his death and the ongoing saga of his probate case will remind you.

To call it a disaster would be kind.

Hundreds of thousands of words have been written about the Prince estate … and yet it took a headline writer for the Post to sum it up in four perfect words.

“What would Prince want?”

Four words, one question. It has bedeviled judges, bankers, family members, business partners, and everyone else charged with making any kind of decision involving the estate from releasing archived songs, authorizing documentaries, to redesigning the landscaping at his home, Paisley Park.

No will, no trusts, no conversations with business partners or heirs about the future of the business, no writing of any kind that contemplated death, his legacy, his wishes.

Prince was an intensely private man. That’s the one fact everyone can be sure of, and with that in mind we can know with certainty that the one thing he wanted was to continue to be private in all his dealings.

Dying without a will stripped him of that.

Because he died intestate, everything about his assets, business, family situation(s), and more is being threshed out in public. Daily. 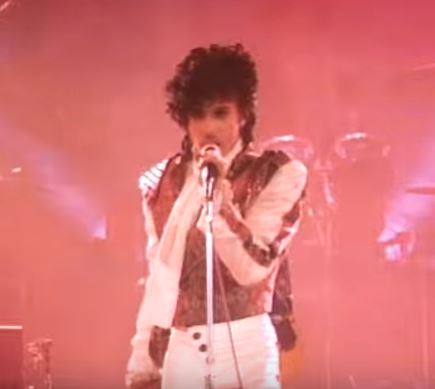 Six months after his death, in an effort to raise some quick cash while the probate court was still trying to shift through the dozen or so ‘heirs’ that came out of the woodwork, the estate opened Paisley Park for tours, installed a gift shop, a vegetarian restaurant, and rented out a huge ‘party space.’

For $100 visitors get a private tour that includes recording their own “30-second vocals of a Prince song (“Raspberry Beret,” “You’ve Got the Look” or “Cream”), play ping-pong on his well-used table and pose for photos in front of his aubergine piano.”

Very few of Prince’s friends or business partners think he would have wanted this. A few, however, said he always talked about turning his home into a museum someday – though they can’t vouch if he was entirely serious, it seems he had a somewhat dry, wicked, sense of humor.

Prince was solidly – and very publicly – against streaming on-line music services. As late as 2015 he spoke about how much he loathed iTunes and Spotify, he would not allow his songs on them. As of last November, his full catalog is on Spotify.

Would he have wanted it? He said no. In 2015. He was also one of the great innovators in music history, the man who had split from his record company in the early ‘90s and took total control of his music. In the early 2000s he recognized that artists made their ‘real’ money performing. He began to give away his new music to create a buzz for his tours, a model still extensively used.

So, would he have recognized the changes in the industry that led to Spotify and iTunes’ ascendance? The administrators of his estate convinced the judge that he would have. No one, of course, will ever know if he would have approved.

Right now, the judge must decide if Prince would have wanted the hundreds – and hundreds – of unreleased songs sitting in his vault released. What would Prince want? Was he waiting for something? Did he want them to see the light of day? Did he have a plan or was he just a packrat with songs that didn’t quite meet his enormously high standards?

The court may decide this, but the thing is, regardless of what the court decides now, when the estate is eventually handed down to the heirs, they can do whatever they want, whenever they want. Once they own the assets, none of them ever has to think twice about what Prince would have wanted.

This can – and probably will – result in a significant hit to Prince’s legacy.

Because Prince left no instructions.

Prince was famous, Prince was wealthy, Prince was exactly like 60% (the latest estimate from AARP) of American’s over 18 in not having a will.

For all of them, the headline is “WHAT WOULD [your name goes here] WANT?”

If you don’t have a will, please call us, it really is painless. And . . . your heirs won’t have to start the ‘what would’ game.

by Jackie Bedard
Connect with me
Attorney, Author, and Founder of Carolina Family Estate Planning
Comments are closed.
Sign Up for Our Newsletter
Our Workshops & Events 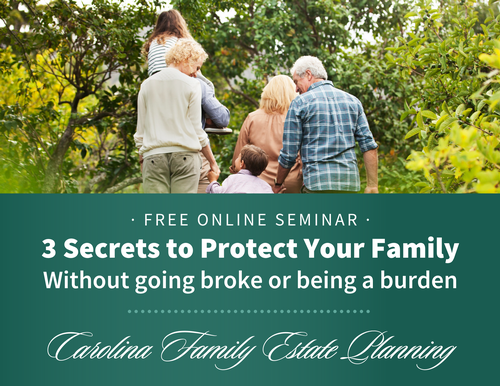 If the Diagnosis Is Dementia: What It Means & What You Need To KnowRequest Information